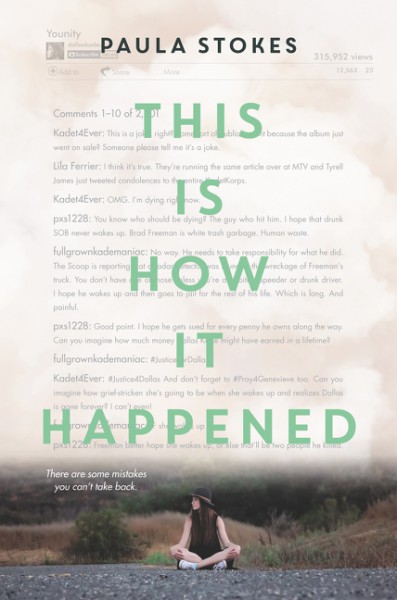 This Is How It Happened

The author of Girl Against the Universe and Liars, Inc. plunges readers into a world where the internet is always watching—and judging—in this compelling story about mistakes, repercussions, and online vigilante justice. Perfect for fans of Sarah Darer Littman’s Backlash or Robyn Schneider’s The Beginning of Everything.

After waking up from a coma, Genevieve Grace can’t remember the car crash that killed her boyfriend Dallas, a YouTuber turned teen music idol. Genevieve knows she was driving, but because of what's been reported in the media, everyone assumes the other driver, Brad Freeman, is guilty. As she slowly pieces together the night of the accident, Genevieve is hit with a sickening sense of dread—what if she's the one at fault?

While the internet and social media viciously condemn Brad, Genevieve escapes to her father’s house near Zion National Park to hide from curious classmates and intrusive reporters. But she quickly realizes that she can’t run away from the accident. And eventually, she will have to come to grips with what happened…and her role in it.