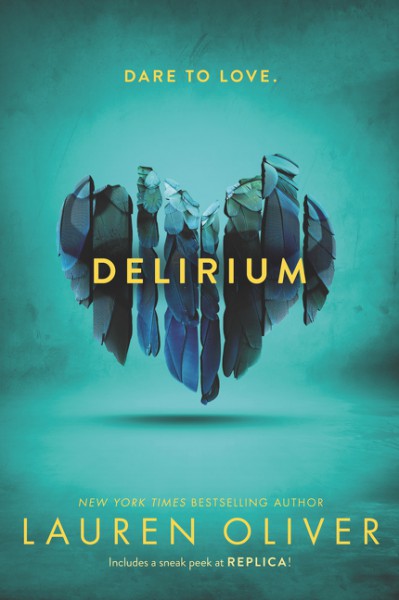 The first book in Lauren Oliver’s New York Times bestselling trilogy about forbidden love, revolution, and the power to choose. Now with a brand-new cover and an exclusive-to-this-book sneak peek at her next novel for teens: the ambitious, wholly original masterwork Replica.In an alternate United States, love has been declared a dangerous disease, and the government forces everyone who reaches eighteen to have a procedure called the Cure. Living with her aunt, uncle, and cousins in Portland, Maine, Lena Haloway is very much looking forward to being cured and living a safe, predictable life. She watched love destroy her mother and isnt about to make the same mistake.But with ninety-five days left until her treatment, Lena meets enigmatic Alex, a boy from the Wilds who lives under the governments radar. What will happen if they do the unthinkable and fall in love?Supports the Common Core State Standards