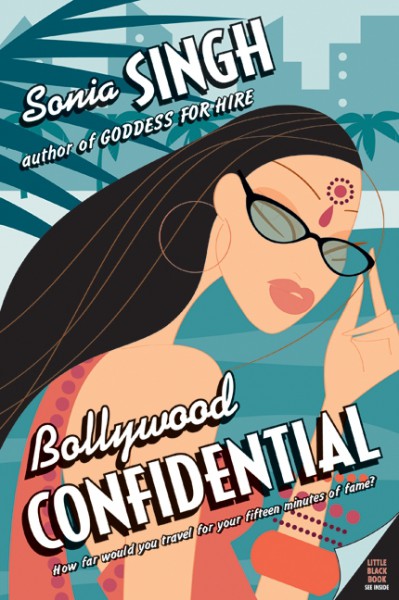 After seven years of slogging through film roles too embarrassing to mention, twenty-eight-year-old struggling L.A. actress Raveena Rai has finally been offered a lead! A potentially career-making turn in a major Hollywood epic, perhaps? A meaty part in a serious drama with Oscar® written all over it? Not! To Raveena's great dismay (and her mother's delight) she's flying off to India to star in a new Bollywood extravaganza.

Oh well, a lead is a lead, after all. Never mind that it's a million humid degrees in Bombay, the Los Angeles of the East; that she has to live with a wacko distant uncle who sleeps under furniture and is the most stressed-out wannabe swami on the continent; that her director is a lecherous hack and his movie has the potential of being the very worst flick ever made anywhere! At least Raveena's leading man is the supremely sexy Siddharth, Bollywood's biggest star. But while their on-screen chemistry is electric-hot, off-screen the arrogant hunk treats her with total disdain ... or, worse still, ignores her. Raveena's one consolation is that things couldn't possibly get any worse.