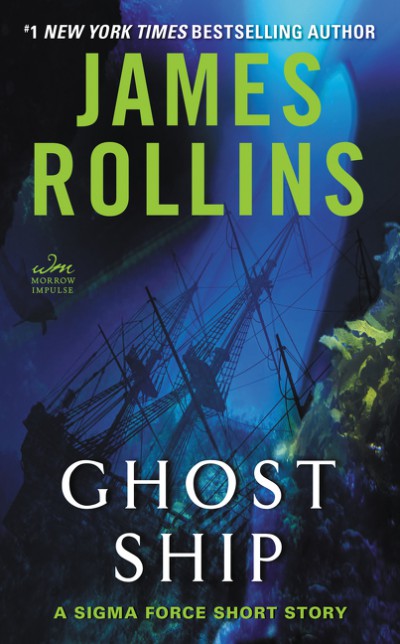 From New York Times bestselling author James Rollins comes an electrifying short story, in which the battle over a lost treasure leads to murder, betrayal, and the revelation of a shocking mystery hidden aboard the . . . Ghost Ship

The discovery of a burned body sprawled on a remote Australian beach shatters the vacation plans of Commander Gray Pierce. To thwart an ingenious enemy, he and Seichan are pulled into a centuries-old mystery surrounding a lost convict ship, the Trident. The vessel—with a history of mutiny and stolen treasure—vanished into the mists of time, but nothing stays lost forever.  A freak storm reveals clues scattered across the Great Barrier Reef, but following those clues will lead to bloodshed and savagery, for where this ghost ship is hidden is as shocking as the mystery behind its disappearance. It will take all of Gray’s ingenuity and Seichan’s deadly skills not only to survive—but to stop an enemy from destroying everything in his path.

Included with this short story is a sneak peek at the upcoming Sigma Force novel, The Demon Crown, where events here lead to Sigma’s most harrowing adventure to date.